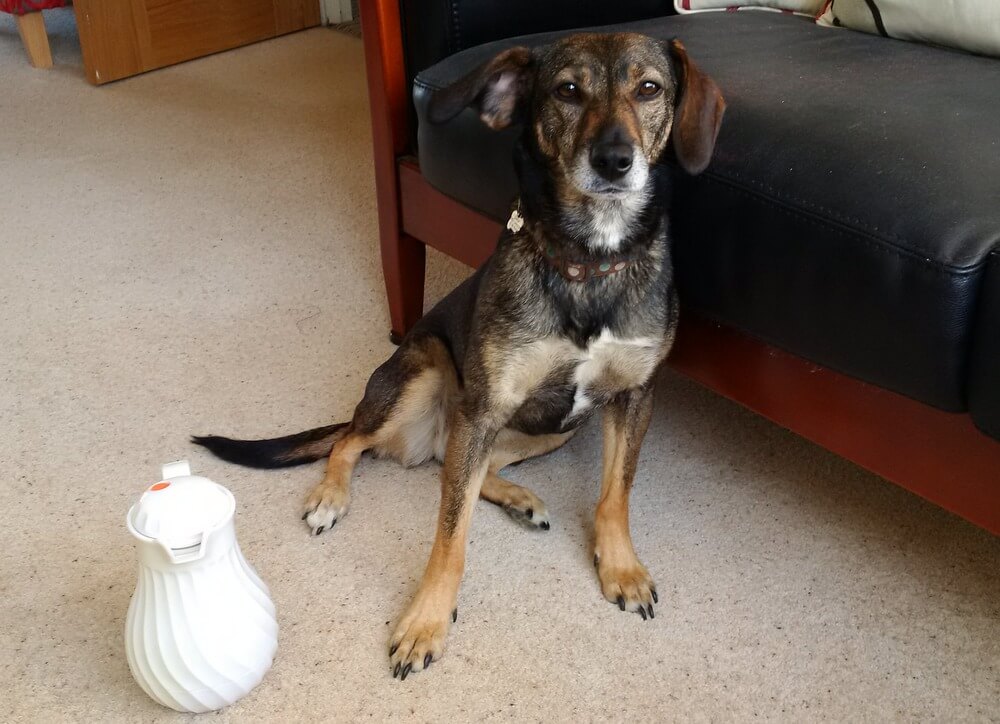 Greeting Maizi fans! (I’ve now got nearly 200 followers on Twitter, so I must have a few fans..)

To finish off the week I’ve got another woof-out for you (like a woof-post but with only half the calories) and it’s another power cut anecdote from my humans Steve and Ann, which is beginning to become a regular theme after the incident at Côte Brasserie.

But anyway…early yesterday morning, about 2am, a house down the road had a burst water main and much drama ensued. The leak was so bad that it caused the local mains to short, which left the Alisar offices without electricity.

When I was taking Steve on our morning walk (I make sure he gets his exercise every day) we saw our neighbour, Jean, who’s a sprightly 85-year-old. During our ‘stop-and-chat’ Steve told Jean their story of woe and the lack of electricity in the office

Later that day Jean visited our office carrying a hot jug of coffee wrapped in a towel so we could have coffee at work. whilst we waited for the power to come on (you can see me with the coffee jug in the photo above).

We were all very touched by this random act of kindness. We thought it was a great example of the kind and thoughtful people around the world, and that great ‘customer service’ can be provided outside the context of a customer-service provider relationship. We also wanted to share this story with you to lighten up the recent dark and depressing news.

So 5 Big Tail Wags to Jean for her kindness and thoughtfulness.

That’s all folks…Have a good weekend and don’t forget to Be More Maizi!