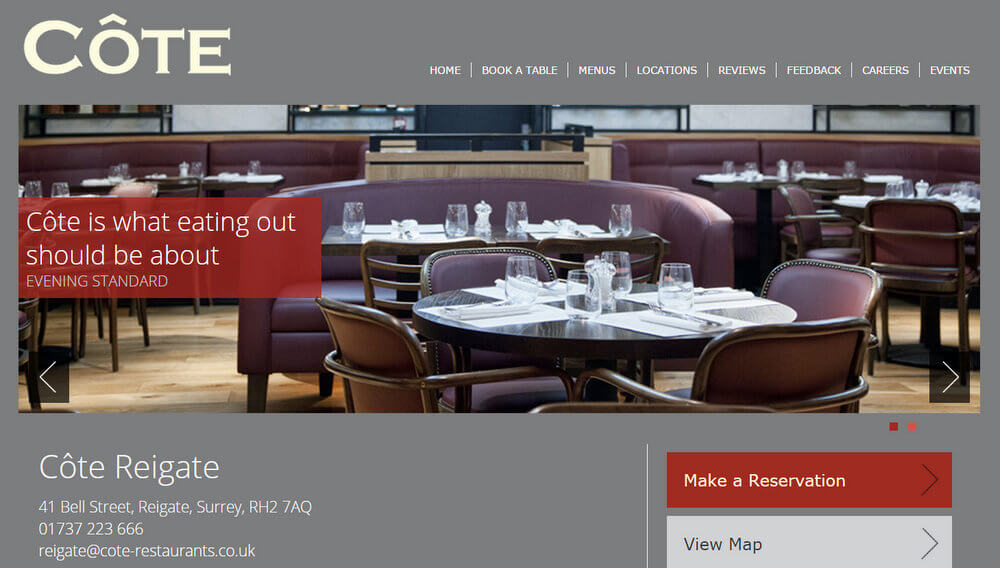 My humans Steve and Ann are always out and about. They didn’t go as far as Japan last week, but they did go to Reigate, Surrey on Friday, and Steve told me what transpired…

“After a wander we decided to do lunch at a bistro called Cote Brasserie. It looked good. We got a warm welcome. Good so far…

Drinks had been served and we were about to order when they had a power cut. It turned out the whole street had been cut off, so it wasn’t Cote Brasserie’s fault. And this is where they get 5 Tail Wags (Steve wanted to give them 6 but I told Steve they can only get 5, max)! They went around all the tables that hadn’t ordered, apologised and said ‘the drinks are on us for any inconvenience caused’.

We offered to pay as it was not their fault, but the manager insisted.

We were so impressed we booked for a meal on Saturday. It was brilliant and we ended up paying much more than we would have done for Friday lunch.”

As Steve said, his Friday lunchtime power cut story demonstrates the power of a gesture – ‘a small gesture pays big rewards’ and how customer service is the most powerful marketing tool a business can control, which is Very Alisar. And I believe they had a nice meal too, I just got my usual Maizi Snacks.