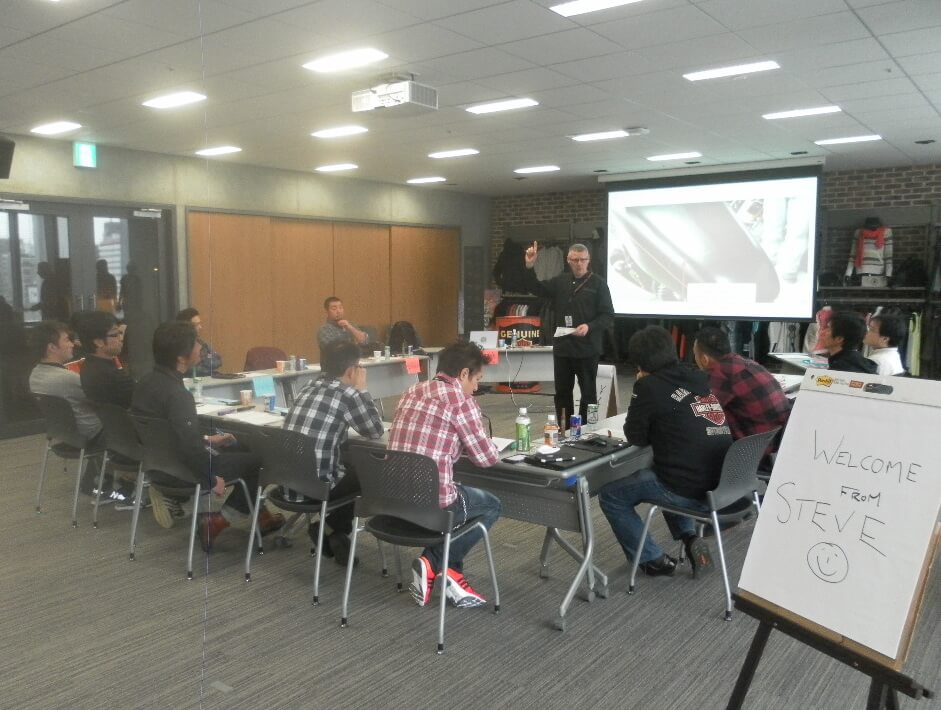 “Up there with the best workshops that I have run, really powerful stuff.”

That’s what my human Steve told me about the workshop on Continuous Improvement, and “seeing your business through your customers’ eyes”, that he held for a blue chip retailer in Japan last week.

Funnily enough, this wasn’t why he originally went out there – but as a result of his retail store visits it quickly became apparent that there was no clear strategic direction for After care and no evidence of Continuous Improvement or the sharing of Best Practice. So, instead of a day sightseeing and eating sushi (I thought raw fish was a “cat” thing – humans really are weird!) he developed a one day workshop to present to the Head Office staff and work with them to put in place the tools for Continuous Improvement methods.

He told me this seemed like taking coals to Newcastle. I thought he’d gone to Japan but maybe he did just go up North. Humans can be so confusing sometimes. Anyway, he’d thought Continuous Improvement was part of the Japanese DNA from his years of working with Toyota Motor Corporation. But no, not the case, at least, not until Steve has his say!

He’s going back to Japan (or Newcastle) in June when they want him to devise their five-year strategy plan on customer service and After care. He said that it shows the power of what Alisar can do because what started out as a project to train district managers has grown into being involved at board level to design and support the long term strategic direction of the whole company and retailer network!

And to top it all the Managing Director said “You’re by far and away the best consultant we’ve ever worked with.”

It sounds like he’s going to be spending a lot of time in Japan (or Newcastle) over the next few years so perhaps I need to brush up on my Far Eastern barks otherwise I’ll hardly ever see him. I must visit that Akita who lives a few doors down from the Alisar office.

Sayonara and in the meantime don’t forget to “Be More Maizi!”